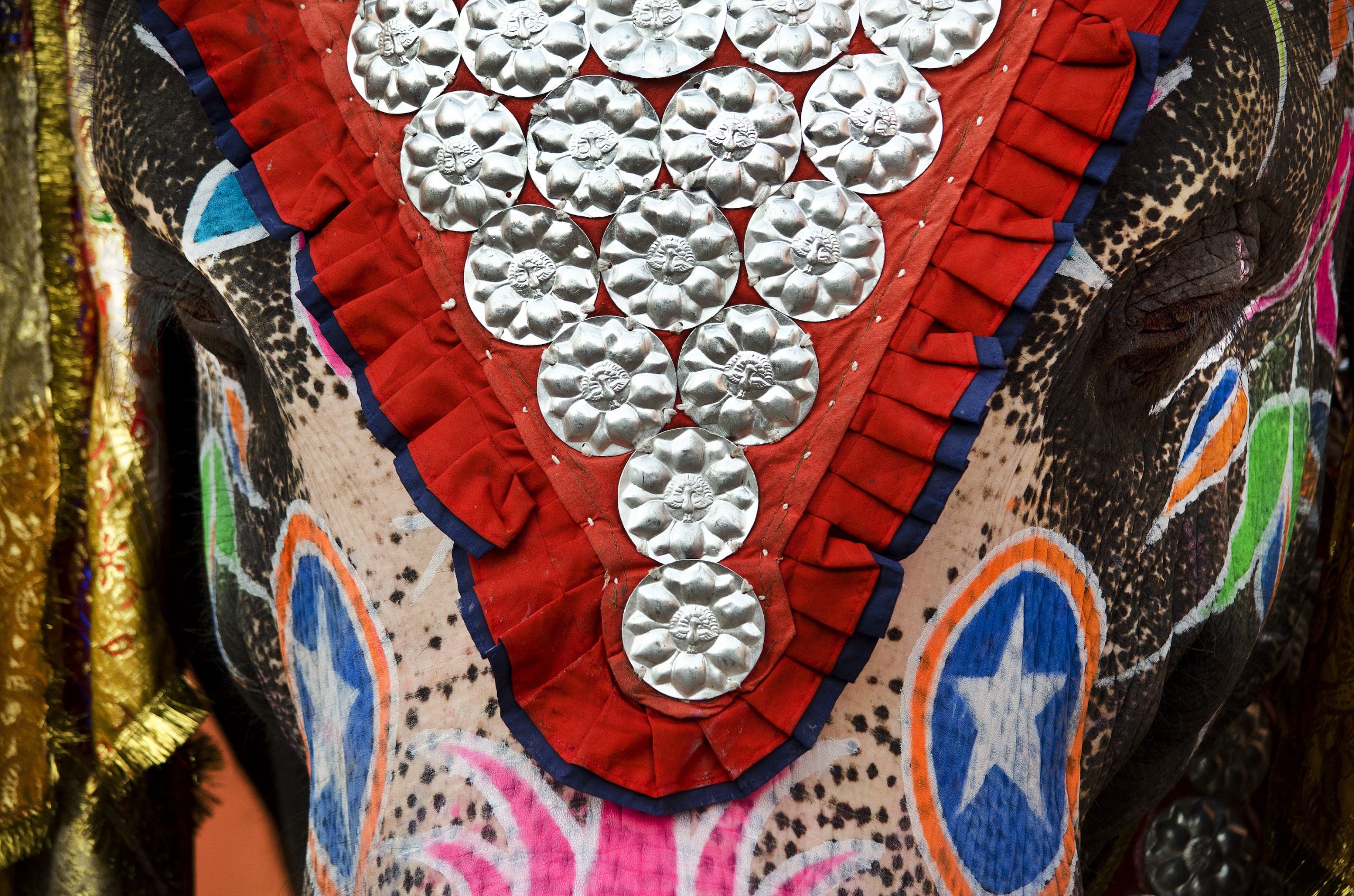 The Elephant Festival is one of the most popular annual events in Jaipur, India. It has drawn in a number of tourists and outsiders into the city during the Holi Festival, usually in March.

According to Rajasthan traditions, elephants represent royalty; moreover, the animal has a historical significance in local traditions. The state was also a popular destination for many royal dignitaries of those times and would often take elephant rides to the Amber Palace of Rajasthan.

The festival is originally organized by the state’s tourism group in the Chaugan Stadium which eventually got relocated to the Jaipur Polo grounds due to the increasing attendance. The festival begins with a entertaining procession of bedazzled elephants, camels and horses where the owners embellish their animals with jhools (saddle cloth), vibrant colors by sprinkling gulaal (colored powdered) and heavy jewelry.  Female elephants would be seen wearing anklets and their feet pedicured.

At the end of the festival, the most beautifully decorated animal is awarded.