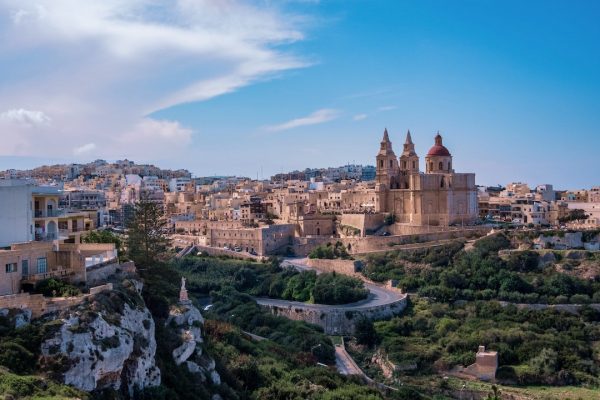 Hollywood has been in love with Malta since 1925, when it first starred in the silent film Sons of the Sea. Almost a hundred years later, Hollywood still could not get enough.

And why would they?

This Mediterranean island country is beyond-words stunning. It offers varied landscapes, coastlines, the bluest skies, and medieval architecture. It is a film buff’s dream come true. Among the movies filmed here are Gladiator, Troy, and a few Bond films. While it often plays substitute for other locations, the Maltese features and landmarks are still hard to miss. Even Game of Thrones fans will have a field day (or couple of days!) exploring the place.

But okay—we are travelers, not location scouts. What are Malta group tours really about? Are they worth the hype?

The short answer is a resounding yes! Below are some of our favorite (and unique!) Malta travel destinations and activities. 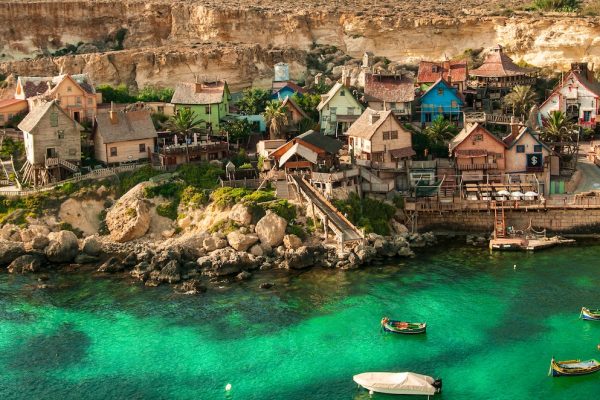 Speaking of films… In 1980, the town of Mellieha became a set for Robert Altman’s Popeye, based on the popular comic strip and animation character and stared by Robin Williams. To make the world of Popeye come alive, twenty wooden structures were built using materials imported from Holland and Canada. Construction used eight tons of nails and 250 gallons of paint, and a breakwater 250 feet in size was created to protect the area. Although the film did not do well in the box office, the island’s locals took over and transformed the set into a theme park complete with actors, giving birth to what is now known as the Popeye Village. It is an homage to the character, but also a reminder that the fantasy of film sets need not end when filming packs up. Be sure to check ahead for the availability of boat trips to the island. Fees and costs often change depending on the season.

When we think of Malta, we think of pockets. This island country has “pockets” of tiny villages, each with its own unique flare. Marsaxlokk is a charming fishing village in the southern part of Malta. Things to do include visiting the throbbing local market and the harbor which features colorful fishing boats known as luzzus. You may immediately notice that the prows of these boats are painted with glaring eyes which are believed to guard against evil spirits. Lastly, you should not miss the village’s selection of delicious seafood! 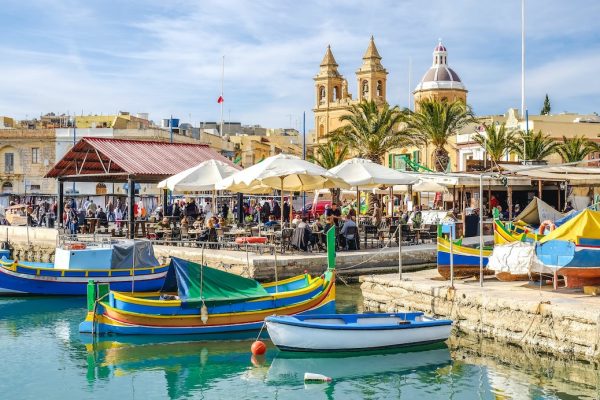 A lot of people do not know that Malta is actually an archipelago, and Gozo is the second largest island after Malta itself. It is referred as the main island’s sister and is only a quick 20-minute ferry ride away. It boasts of its own sights including stretches of coastlines and private sandy beaches. It is also home to the Ggantija Temples, which pre-date the Egyptian pyramids, and Citadella in Victoria, a fortified city and a perfect example of Byzantine and Roman architecture. This is an excellent stop in your Malta photography adventure and may be visited on a day trip.

It is no wonder Hollywood has fallen head over heels for Malta. It offers so much without overwhelming you. It is the perfect balance of quaint and elaborate. Malta group tours will make you experience the magic of movies… and maybe even realize that real life is sometimes even more beautiful.