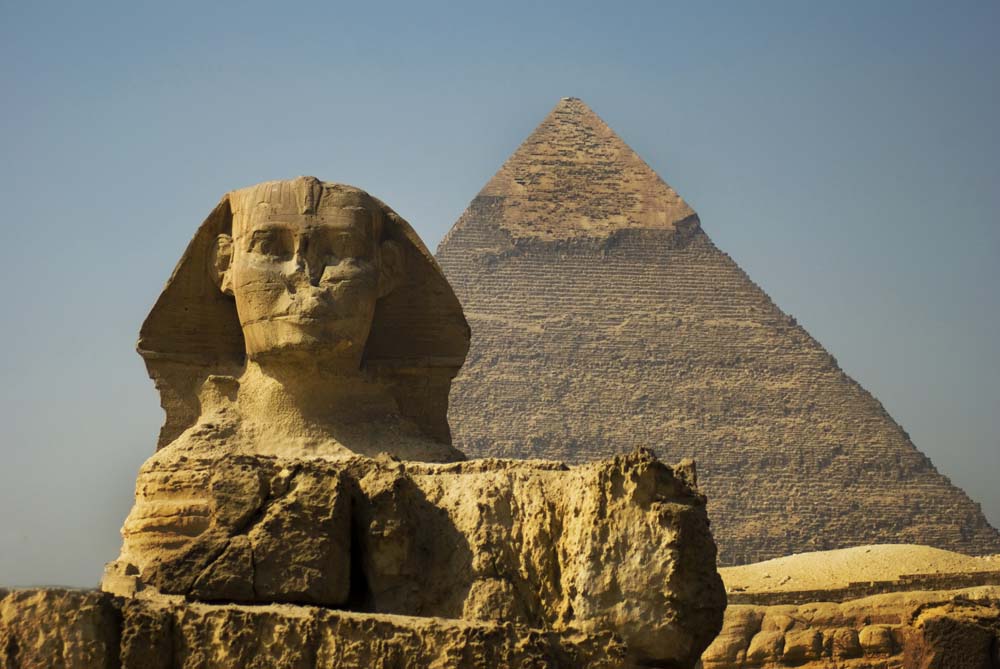 It is believed to be built by the Ancient Egyptians back in 2558 B.C but scholars believe that it may have been as far back as 7000 B.C. This ancient marvel stands approximately 241 feet long, 63 feet wide and about 66.5 feet high.

The face of the Sphinx is said to be inspired by the face of then-Pharoah Khafra but the one thing you’ll notice is that the one meter wide nose on the face is missing.

There are two stories there. One historical account says that French military leader, Napoleon Bonaparete, led a siege of Egypt where a cannon fire supposedly destroyed the nose. However, an early 18th century sketch already shows the Sphinx’s nose missing so when scholars looked into it, they discovered that in 1378, a Sufi Muslim leader called Muhammad Sa’im al-Dahr destroyed the nose out of anger when he saw people practicing idolatry to the statue.

Want to see it in person? Join Photofly Travel Club and keep an eye out for our newsletters!