Our Spectacular Spain Adventure is an experience exactly as it sounds and round 2 is coming up in fall 2018. This beautiful country’s diversity in culture, food, landscapes, history, architecture and so much more is calling us! As always, countless hours have gone into creating this one of a kind exploration keeping in mind amazing photography opportunities throughout, fantastic food, and off the path gems. See for yourself below!

Check out all the excitement below and E-mail us at joinus@photoflytravel.com for the daily itinerary! Barcelona, the capital of the Catalonia region in Spain, is a cultural masterpiece of a city. With world class museums, a gorgeous waterfront (Barceloneta), delicious food & wine, and vibrant night life, there is something for everyone here. A photo enthusiasts dream comes alive with an iconic mix of ancient and modern architecture, stunning mediterranean coastline, and vibrant colors everywhere you look, rightfully secures its place as one of the best cities in the world (and Spain’s second largest).

– Enjoy our charming, boutique hotel steps from the Gothic Quarter. Optional Day Adventure to Montserrat & the Costa Brava (Explore more of Barcelona on your own or join us on this epic road trip!) 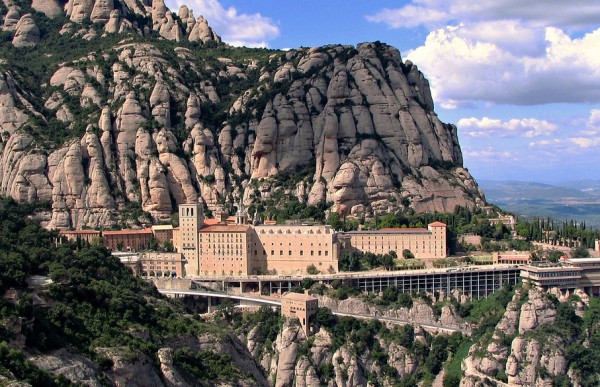 Crossing picturesque villages, we´ll arrive at the one of kinda Montserrat Mountain. With paths, stairs, caves, and hermitages scattered over the mountain, this massive rock is almost 4,000 ft. high and its unique formations make it worthy of its own national park. Truly a wonderful landscape ripe for photos. A picturesque cable car ride to the top will take us to a historic monastery.

– The Royal Basilica at Montserrat: Nearly 1000 years old and perched half way up the mountain, the Royal Basilica in the Benedictine monastery holds a holy relic of the Virgin Mary, a Romanesque sculpture from the XII Century. The Basilica serves as her sanctuary, popularly called the “Moreneta” because she is black due to accumulated smoke from centuries of candle light.

– The Costa Brava: Literally means “wild coast” in Spanish, we follow the coastal route to admire the breath-taking sea-cliffs, coves, & quaint fishing villages with a stop in Calella de Palafrugell. Walk around the rocky coast, sunbathe and swim, or visit the spectacular Botanical Garden set on the cliff tops of Cap Roig. Depending on the time we can enjoy dinner at a nice restaurant overlooking the sea. Andalucia, a rocky, sun-baked region on Spain’s southern coast, embodies much of what the world thinks of as Spanish: flamenco, tapas, matadors, and bullfights. Yet it was under Moorish rule from the 8th-15th centuries that created a legacy of architecture, including such landmarks as the Alcázar castle in Seville, the capital city, as well as Granada’s Alhambra palace. The regions natural beauty is not to be missed with unique and picturesque national parks we’ll explore throughout.

Granada, in the foothills of the Sierra Nevada mountains, has many important examples of medieval architecture dating to the Moorish occupation of Spain. It’s best known for the Alhambra, a grand, sprawling hilltop fortress encompassing royal palaces, serene patios, and reflecting pools from the Nasrid dynasty. Also not to be missed are the fountains and orchards of the Generalife Gardens at the foot of Spain’s highest mountain range, the Sierra Nevada, overlooking the city below and the fertile plains of Granada. – Alhambra Palace (Explore the most important halls and courtyards of the Alhambra including the Sala de los Abencerrajes, which was the scene of a tragic legend…)

– Stroll through the Alcazaba (fortress), the royal baths, and the palace of Charles the Fifth

– Generalife Gardens (Wander and photograph the magnificent gardens with endless flowers and fountains, having earned the nickname: “the hidden water weeps”)

– Guided walk through Albayzin and the center of Granada including The Cathedral and the Chapel (The adventure will combine the secrets & hidden corners of the Albayzin with wonderful views of The Alhambra and Sierra Nevada, and the historic quarter where we’ll learn about the local culture of Granada)

The region of mountain villages known as Las Alpujarras clings to the southern flanks of the Sierra Nevada, cut by deep, sheltered valleys & gorges that run towards the Mediterranean. The Alpujarra, as it is popularly known, is famous throughout Spain because of its unique micro-climate, landscapes, flora, and fauna. Terraced farmlands are constantly watered by the melting snow from above, making up a high-altitude oasis of greenery which stands in dramatic contrast to the arid foothills below. This is ideal hiking terrain for amazing photographs throughout. around 4,000 feet above sea level.

– Gaze at the beautiful scenic route with great views of the Sierra Nevada National Park.

– Guided hiking in the park (two options: easy and moderate) exploring the most picturesque mountain villages in the region around the Poqueira Valley.

– Village road trip en route back to Granada with stops at Pampaneira, Bubion, & Capileira (Bustling with crafts, shops, & restaurants, and a massive square church tower standing on a plaza of rough cobble stones. Capileira will be the best place to photograph and take in the authenticity of this region with rocky streets, overhanging passageways, and sagging stone houses as they were hundreds of years ago. En route to Ronda we’ll stop at El Torcal Park Nature Reserve, known for it’s unusual limestone rock formations. El Torcal Park’s 17 square km are some of the most beautiful and impressive limestone landscapes in Europe. Orchid enthusiasts will be captivated by 30 varieties of the plant growing in the park. The whole area was under sea until one hundred million years ago.

– We’ll have 3 guided options for a nature walk or hike while in the park (easy, moderate, difficult). Our local guides will take us to the most unusual limestone formations for awesome photography.

– The Green Route: Shortest and easiest, 1.2 miles and takes about 30 minutes.

– The Yellow Route: Covers most of the green area, is 2 miles long, and takes us to “Las Ventanillas” or “The Windows”, at 3500 ft. above sea level for panoramic views of the valley of Málaga.

– The Red Route: The longest and most difficult, 3.4 miles, takes us about three hours, with a view point 3800 ft. up where we can see a fantastic panoramic view of El Torcal Park and the Africa Coastline! 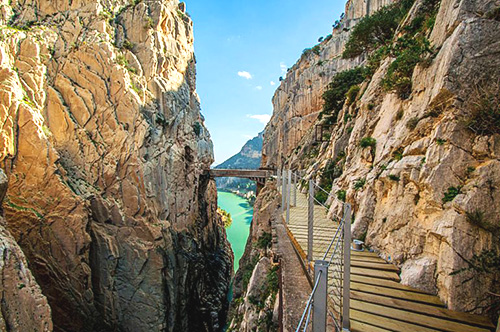 Experience and photograph spectacular views of of the lake and mountains among the white village of Zahara de La Sierra (Zahara de la Sierra has one of the most stunning settings in the province of Cadiz, if not the whole ofAndalucia!)

Known as “the most dangerous path in the world” (don’t worry not anymore!), El Caminito del Rey  is one of the most epic experiences in Spain. The incredible views, its fascinating history, and its undeniable spectacularity have made the excursion a must when near Malaga. A newly 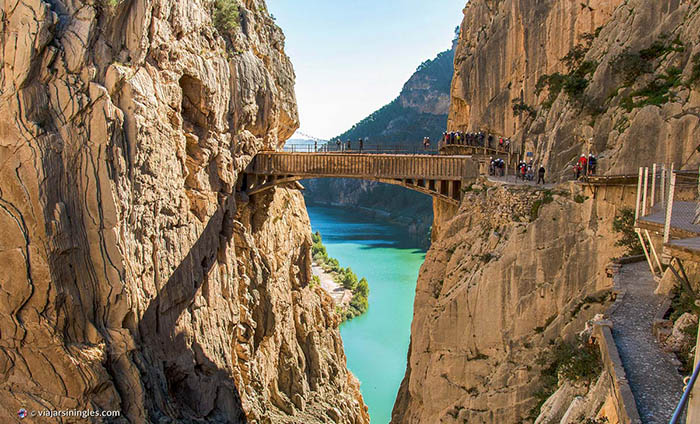 repaired and refortified footbridge nearly 2 miles long built on the walls of the Gaitanes Gorge, this geological wonder is oneof the most beautiful natural enclaves in the country. -Paraphrased from Lonely Planet

– We’ll enjoy a guided walk along the side of the gorge (literally). Get those cameras ready!

The millennial city of Ronda possesses one of the most beautiful historical centers of Spain. It was 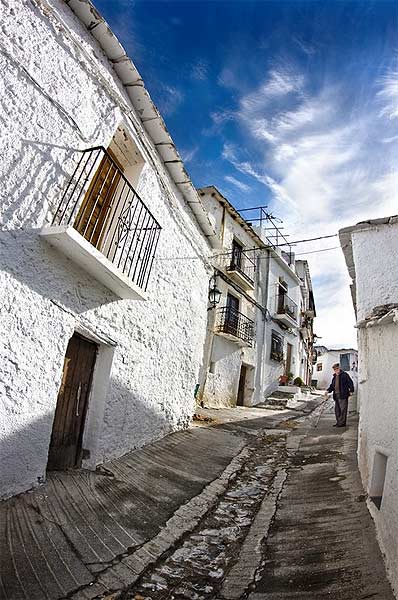 declared a Site of Cultural Interest in 1966 and contains a rich and diverse historic heritage. Perched on an inland plateau divided by a 300 ft. fissure of El Tajo gorge, Ronda is Málaga province’s most spectacular town. It has a superbly dramatic location, and owes its name (‘surrounded’ by mountains), to the encircling Serranía de Ronda.

Situated on the banks of the Guadalquivir River, Seville has a rich Moorish heritage, and used to be a prosperous port that carried out trade with the Americas. The streets and squares in the historic quarter of the capital of Andalusia are lively and busy. Many buildings have World Heritage designation, and many districts are full of traditional culture.  Numerous terraces, inns, and bars are the perfect spots to practice one of the most deeply-rooted and tasty traditions in the city: “Going out for tapas”! –  Guided excursion throughout the highlights of Seville


– Stroll through the Jewish quarter of Santa Cruz and visit the royal Palace of Alcazar, a unique cathedral with the famous Giralda Tower (spectacular views!). – Visit the oldest European Royal Palace. The Alcazar, built more than a thousand years ago, is a World Heritage site and one of the most well preserved examples of Mudéjar architecture

– Venture through the enchanting Hispanic-Jewish neighborhood of Santa Cruz where our senses will be overwhelmed with the magic of its flowered streets and quaint courtyards.

“The pristine white beaches of Tarifa are just as majestic as the 800-year-old castle that stands proudly in this southern Spanish town…The sea sparkles with the promise of bustling marine life..(and) at night, Tarifa itself sparkles with bars, nightclubs, and tapas bars galore.” – TripAdvisor

– Costa de la Luz Cliff Walk (Andalusia Coastline): With epic landscapes around every corner, this coastal walk takes us on a photo extravaganza winding around the dramatic sea cliffs and down into stunning white sand beaches one after another.

– Arrive Tarifa: The southernmost point of Spain shines as Tarifa proudly flaunts her beauty while ships pass through the iconic Straight of Gibraltar. Our final night and day in Spain could not be better with amazing food, beaches, and beauty in every direction… * Tour Leader to coordinate trip and help those who want to learn more about using their camera’s, taking better pictures, etc throughout these Spain small group tours. (PhotoFly Travel Club adventures are laid back when it comes to photography. They are not workshop style based tours and you do not need to be an avid photographer to join. All are welcome!)

* International Airfare is not included. We are happy to help you find a good flight as always! (Flying into Barcelona (BCN) & flying out of Gibraltar (GIB)

E-mail us at joinus@photoflytravel.com for the daily itinerary of our Spain small group tours! 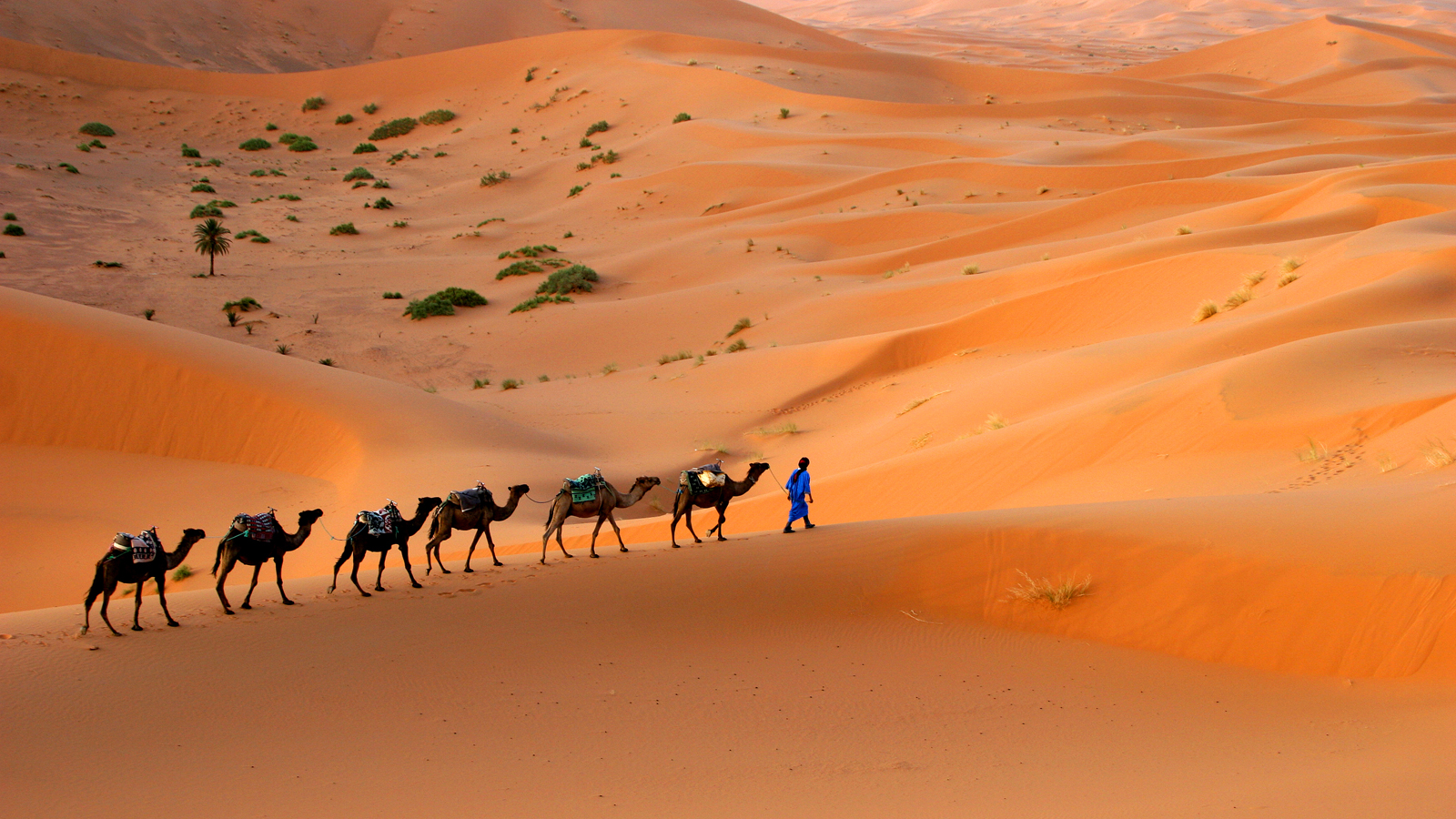 This lifetime adventure DOESN’T have to be over! Continue on with us across the historic Strait of Gibraltar to Morocco! Click HERE for Details…