China’s otherworldly landscapes in GuilinAnother new adventure for 2020 awaits! A truly off the path journey throughout China. We go places where it’s not uncommon for our group to be the only westerner’s around; from quaint, off the path villages, to amazing waterfalls, to extravagant rice terraces, to the mind-blowing mountains around Yangshuo, and finishing on the rambling streets of Shanghai. Check out the details below and sign up soon because it fills up quick!

Travel Video of the Week: We’ll be heading back to the otherworldly Scottish Highlands in the years to come. Check out this teaser of the enchanting “Fairy Pools” on the isle of Skye, from our last adventure here in 2018.QUICK! ONE SPOT opened up on our Colorful Cuba Adventure for a female sharing a room. First to send their deposit gets the spot!

TWO SPOTS LEFT! New Zealand: Best of the South & North Islands. This epic road trip takes us through a wide variety of landscapes, climates, & cultures that, by the time we’re done, we’ll feel like we traveled across the world!

E-mail us OR fill out the form on our trip pages for the daily itineraries!

$100.00 Discounted Trip Credit for any member who refers just THREE friends or family to our travel club: http://photoflytravel.com/. All you need to do is make sure they put your name in the “how did you hear about us” section to receive the voucher. Once they join, e-mail us so we can confirm and send you the discount!

*Voucher cannot be combined with other credits or discounts *minimum 3 referrals required. *cannot use toward a trip you are already signed up for. 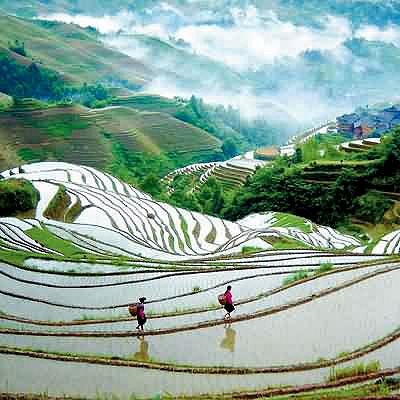 Our China adventure take us from Beijing and the less touristy parts of the Great Wall, to quaint off the path villages, amazing waterfalls, extravagant rice terraces, the mind blowing mountains around Yangshuo, and the rambling streets of Shanghai!

Check out all the excitement below and e-mail us at joinus@photoflytravel.com for the daily itinerary!

* 13 nights/14 days throughout the real China

Beijing, the capital of China, is separated from the Gobi Desert by a green chain of mountains, over which The Great Wall runs. The modern city, China’s second largest, lies on the site of countless human settlements that date back half a million years.  Bicycles are still the main mode of transportation but taxis, cars, and buses jam the city streets in a frenzy of human civilization.

– Temple of Heaven: We’ll explore and photograph this magnificent and beautiful structure built in 1420. Emperors of the two last dynasties, Ming and Qing, prayed here over there 3 times a year for good harvest.

– Tiananmen Square: Walk through the largest square in the world, known as ‘The gate of the heavenly sky’. The square was made infamous by the iconic images and video of a pro-democracy protestor refusing to get out of they of a huge army tank!

– The Forbidden City: Visit the Chinese political center from 1420 AD- 1911 AD with 9,999 rooms! This place was the residence of the last two dynasties, Ming and the Qing.

– Huttong Alley Adventure by Rickshaw: A Huttong is an ancient city alley or lane typical in Beijing. We’ll be escorted on our very own rickshaws throughout the lanes, including a visit to a local’s home.

The Great Wall: Walk the stunningly beautiful, and much less visited, Mutianyu section of the Great Wall

45 miles from Beijing, Mutianyu Great Wall enjoys a long history and is an integral part of the rich culture of China. This section of wall was begun in the Northern Qi Dynasty (550 – 557) then built and rebuilt up until the 17th century. As one of the wonders of the world, the Great Wall is a must on any visit to Beijing. Stand atop one of the ancient watchtowers and cast your eye towards the horizon, taking in the vast scale and sheer beauty of the Wall as it snakes its way across the tops of impossibly steep mountain ridges. Originally a series of smaller walls built to repel northern invaders, it was not until the unification of the empire under Qin Shi Huang Di in 221 BC that the various sections of the Wall were linked up. We’ll not only walk along this wonder of the world, but also be able see it from above during a breathtaking cable car ride to the top.

– Huangguoshu Waterfalls:  Amazing photographs to be taken of this iconic waterfall and many others, including above ground falls, underground falls, and water stone forests. Huangguoshu is the largest waterfall in Asia and stretches to a height of 243 feet. This dazzling spectacle is an unmissable stop in Guizhou province. 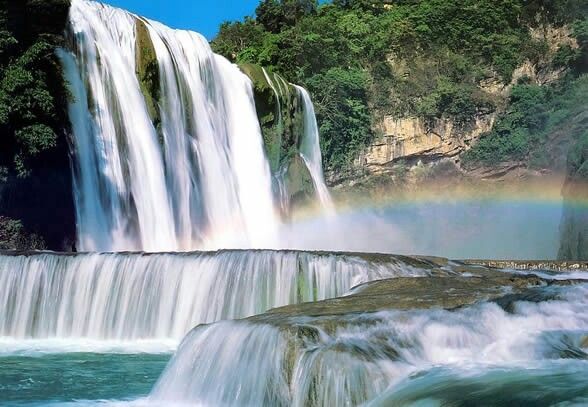 – Little & Big Seven Caves:  Visit the Small Seven Hole Bridge; an overgrown ancient bridge ripe for a photo. Then we can get lost in the magic of the mystical and remote surroundings.

–  Li Bo Town: This town is surrounded by the beautiful Karst mountains which have recently been added into the World Natural Heritage List. Plenty of wandering to be done here among the quaint streets and alleys, with the iconic monoliths in the backdrop.

– Encounter the Miao People: Known for their hospitality and etiquette, they like to pay respect to their guests which makes for a special experience. The Miao’s famous culture has influenced much of China for centuries. Interesting customs include food sharing rituals, a strong hospitality for strangers, and unique wedding ceremonies.

– Day Trip to Longsheng & the Longji Rice Terraces: Translated to Dragon’s Backbone, the Longji Rice Terraces received their name because they resemble a dragon’s scales, while the summit of the mountain range looks like the backbone of the dragon. They were carved by hand into the hillside over 600 years ago, making the best use of the scarce arable land and water resources in this mountainous area. The spectacular view changes with the seasons and we’ll have a blast taking pictures of this man made wonder! 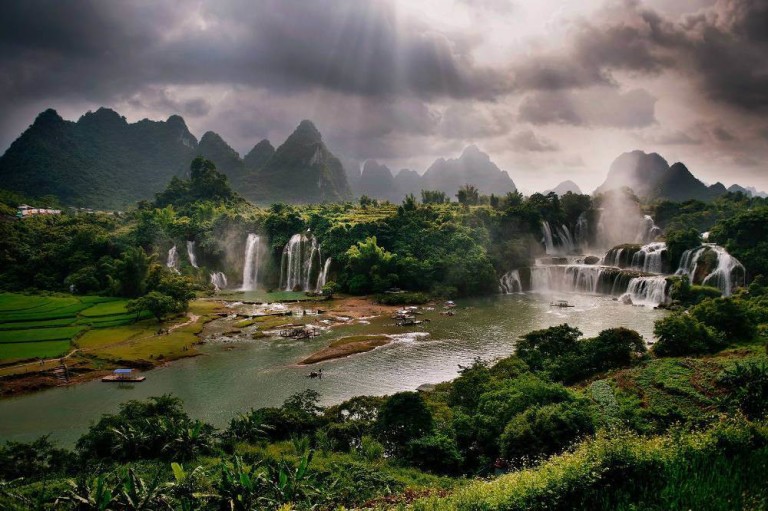 –  The Yao Tribe: Before heading back to Guilin we’ll visit the Yao Tribe of Longsheng, one of the 55 minorities in China. The long haired women of this minority live on top of the mountains and their existence can be traced to 207 BC! Most Yao people survive by farming and live in small groups scattered throughout the mountains. Yet another chance to experience the lives of Chinese, living like they have for centuries!

– Li River Cruise to Yangshuo: Take in the fresh air and watch the amazing landscape among the Karst mountains on a peaceful river cruise. Many of the Karst formations are, with a little imagination, reminiscent of animals or objects and bear names like Elephant Trunk Hill, Sword Cut Cliff, Reclining Flower Hill, and many more. Along the way, we will also see graceful groves of bamboo, farmers tending to their rice paddies, fisherman working off their small boats, and lumbering water buffalos pulling carts or cooling off in the river.

– Explore West Street: Yangshuo’s oldest street, with a history dating back over 1400 years, has also been this region’s confluence of eastern and western cultures since the 1980s. Today, it is the heart of Yangshuo, and has excellent cafes and restaurants lining either side serving food from all over the globe. We’ll will pass by quirky boutique shops, hotels in renovated courtyard homes, and curious Chinese tourists who have come to see US and eat Western food!

– Bike Adventure to Moon Hill:  The best way to see the breathtaking scenery of Yangshuo is by bike. Rice paddies, centuries-old farmhouses, limestone karst formations, orchards, and of course the stunning mountains serve as your backdrop as we ride along narrow country roads and the banks of the beautiful Li River. The big hole when we get to the top looks like a moon on the hill which changes as we ride along from a half-moon shape to a full moon. *For those who do not wish to take the bikes, we’ll have an alternate adventure to quaint villages en route to a drive to the top!

China’s commercial and financial hub pulses with its own unique energy. Its futuristic skyline alone is enough to merit a visit to this thrilling city, but its fascinating museums, spectacular gardens, world-class restaurants, and stunning hotels will make it hard to leave! 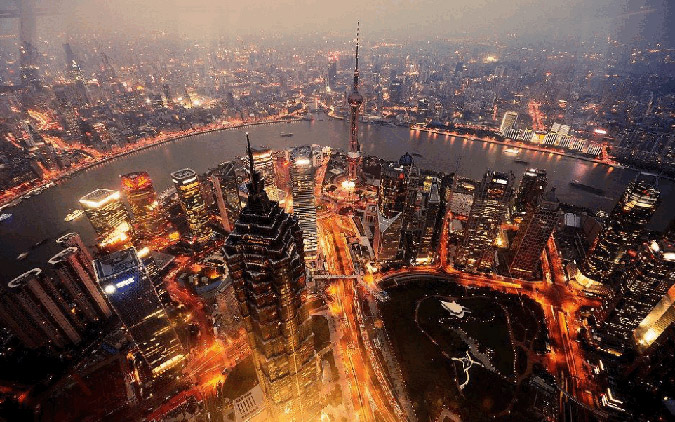 – Stroll Through Yu Garden & Old Town Bazaar : With its beautiful Tea House on a small bridge, this historic garden is a peaceful oasis in the heart of bustling Shanghai. Outside the garden gates, the Old Bazaar is the perfect place to strike a bargain or chat with locals selling a variety of wares and souvenirs.

– “The Bund” and Nanjing Road: The Bund is the famous waterfront regarded for hundreds of years as the symbol of Shanghai. On the side of the river, magnificent colonial architecture represents the splendor of old Shanghai and across the water, enormous skyscrapers rise up to create a futuristic skyline that has to be seen to be believed.  After we get our fill of pictures, the Bund leads into Nanjing Road, one of the world’s busiest shopping streets. Up market shopping malls, prestigious historical hotels, restaurants and shops all line this mile long shopper’s paradise. It also serves as the venue for festivals and fireworks for various holidays such as Chinese New Year and New Year’s Eve.

– Tianzifang: Once an unassuming laneway in a factory area, this street has been transformed into the art district of Shanghai. Here you will find many art galleries, private studios, craft shops, and some of the most charming bars and cafes in Shanghai.

* PhotoFly Travel Club adventures are laid back when it comes to photography. They are not workshop style based tours and you do not need to be an avid photographer to join. All are welcome!)

* International Airfare is not included. We are happy to help you find a good flight as always! (Flying into Beijing (PEK) & flying out of Shanghai (PVG) ) We’re beyond excited to announce our new partnership with the extremely successful non-profit,Not Just Tourist.For 25 years their “mission is to help those who urgently need healthcare by matching tourists who are visiting developing countries with local clinics and hospitals in need of medical supplies. Not Just Tourists is the meeting point for travelers and donors. We provide the facilities and connections for hospitals, clinics, and medical suppliers to donate materials, and then we pack them into suitcases for world travelers to bring them where they’re needed most in the countries they’re already visiting anyway!”

On many PhotoFly Adventures going forward we’ll be working with NJT to bring suitcases filled with medical supplies to clinics and hospitals in the same regions we’ll already be exploring!

*If you’re interested in helping out and are signed up for a trip in 2019 already, pleaseemail usand we’ll let you know the details and options for that particular trip.

Spread the word about our travel clubs! If you know any friends, colleagues, or family that love to travel invite them to join! It’s free and all are welcome! The larger we get the more trips we can plan each year…

Any questions feel free to contact us anytime as always!

*Please always review our cancellation and refund policy located at the bottom of every trip page before making payments. Don’t hesitate to ask if you have any questions.