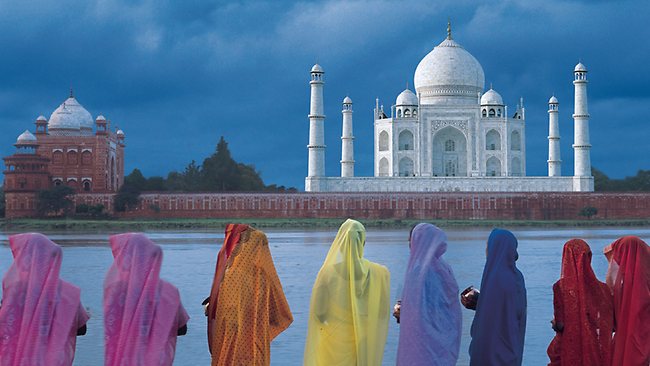 This has got to be the most incredible adventure for the value we have ever put together! India is long overdue. This 14 day experience to the Golden Triangle, Himalaya region, & one of the last places tigers roam free will dazzle our senses and have the camera’s snapping away from the moment we touch down on the ancient grounds of  India! From the Taj Mahal to the brilliance of Jaipur, to amazing cultures & mind blowing landscapes of the Himalayas, and a chance to witness & photograph tigers in their natural habitat, we’ll get a glimpse into a world and culture so unlike our own.

Email us to see daily itinerary at joinus@photoflytravel.com 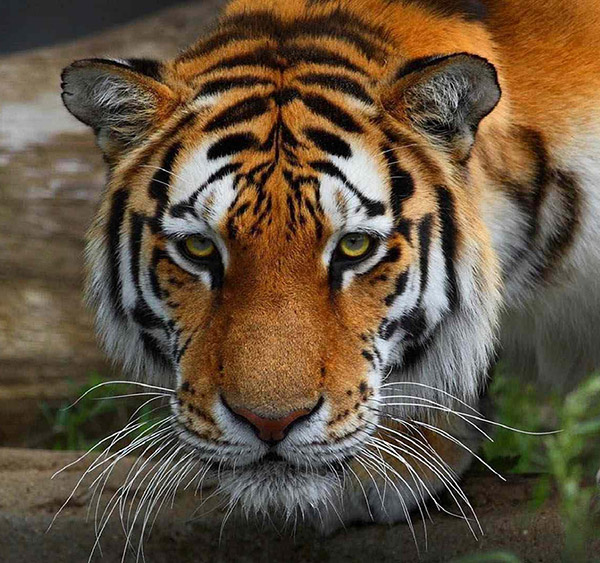 * Air Conditioned, Luxury Coach Throughout (*Smaller vehicles in Himalayas due to roads)

With a history over 5000 years old and the very first civilization in the world, “The Indus Valley Civilization”,  India is truly an ancient cultural and geological wonder.  It is the seventh-largest country by area and the second-most populous country with over 1.2 billion people. Ancient monuments and century’s old traditions set the backdrop for the world’s largest democracy. Separated from mainland Asia by the mighty Himalayas, the Indian subcontinent is surrounded by three large bodies of water: the Bay of Bengal in the east, the Arabian Sea in the west, and the Indian Ocean to the south. Without a doubt, India is arguably the most diverse country in the world on many levels!

Hidden over high passes and bounded by the Karakoram and Himalayan mountains, the landscape of Ladhak, a high altitude desert, is defined by spectacularly jagged, arid mountains enfolding a magical Buddhist “ex-kingdom”. In between jagged mountains, huge khaki-colored valleys and harsh rock walls are brought to life by the occasional splash of irrigated green and picture-perfect gompas (Tibetan Buddhist monasteries) dramatically crown rocky outcrops amid whitewashed stupas and mani walls. – Paraphrased from Lonely Planet

* Leh: The heart of Ladakh:   “Few places in India are at once so traveller-friendly and yet so 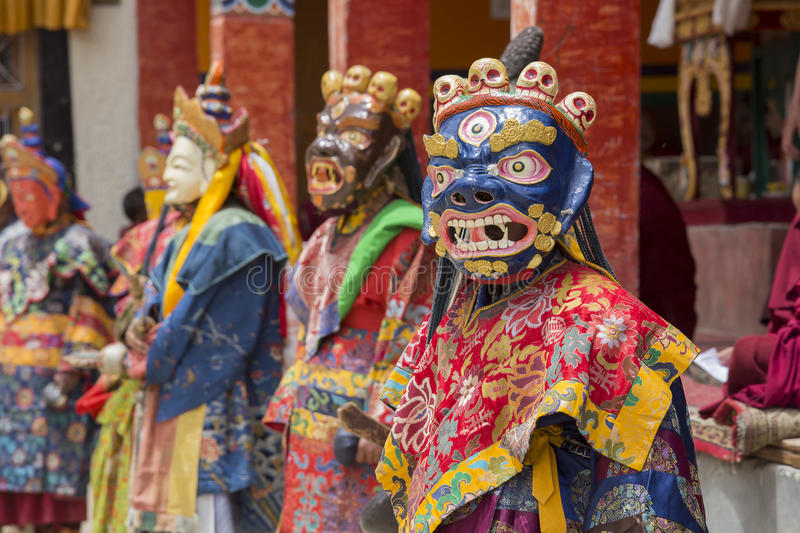 enchanting and hassle-free as mountain-framed Leh. Dotted with stupas and crumbling mud-brick houses, the Old Town is dominated by a dagger of steep rocky ridge topped by an imposing Tibetan-style palace and fort. Leh’s a place that’s all too easy to fall in love with – but take things very easy on arrival as the altitude requires a days acclimatization before we can start enjoying the area’s gamut of adventure activities.” – Lonely Planet

* Leh Palace:  Discover a former royal palace of the Leh Kingdom; this 17th century gem is also one of the tallest buildings of its time, a nine story structure! The palace provides spectacular views of Stok Kangri and the Ladakh mountain range as well as the town and surroundings. It’s time to get out those cameras!

* Shanti Stupa: Perched upon a great vantage point over Leh, spectacular views of the stone strewn landscape abound. Take in the serenity here and get the cameras ready to shoot sunset!

* Thiksey Monastery:  This beautiful monastery houses a two story statue of the Maitreya Buddha seated on a lotus and boasts a spectacular view of the valley. We will have the privilege to participate in the Morning Prayer ceremony at sunrise, an experience that will stay with us forever. 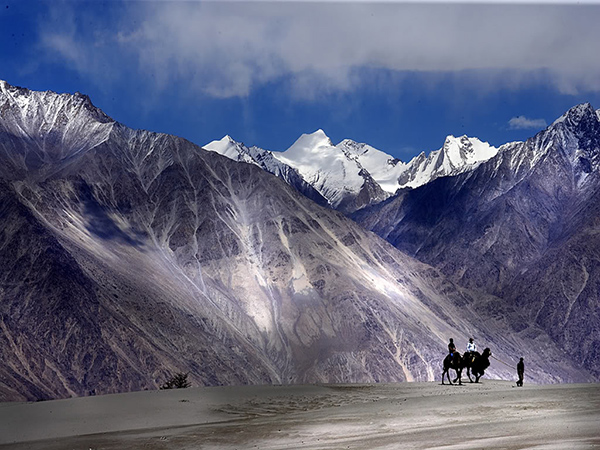 * Hemis Monastery:  The jewel in the crown of the Drukpa lineage, the oldest monastic institution of Ladakh, Hemis was built in a mystical, secluded valley. Established in the 13th century, we’ll explore the many interesting facets of this institution where young lamas are taught literature, history, philosophy, yoga, and tantra.

* Uleytokpo: This small village is the best off the path launching point for a plethora of awe-inspiring landscapes and stunning monasteries.

* Magnetic Hill:  Also known as gravity hill (and sometimes called mystery hill), this unique natural phenomenon is located 14,000 feet above sea level. The layout of the surrounding land produces the optical illusion that a slight downhill slope appears to be an uphill slope. For example, a car left out of gear will appear to be rolling uphill! Regardless of the illusion, the small mountain does have magnetic properties which attracts metallic objects, making vehicles move up at speeds up to 12 mph with their engines off!

* Alchi Monastery: Standing on the banks of river Indus, the monastery is the only one that has been built on flat ground. This would be a deceiving description however, because the beautiful structure is built on the flat top of a large hill with an enormous mountain backdrop to top off a 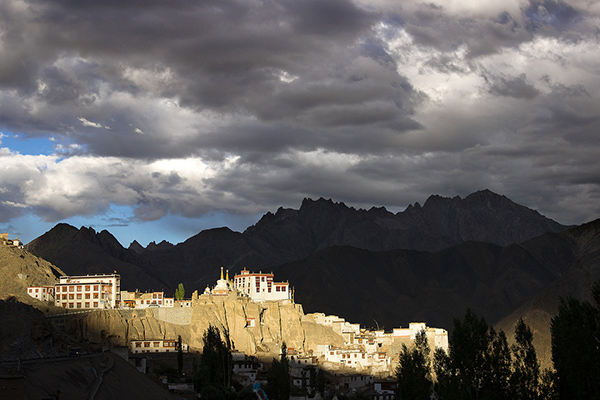 stunning image. Our camera’s will be delighted to visit this beautiful place.

* Lamayuru: Known for its monastery and “lunar” landscape, the spectacularly odd geological formations are an awesome compliment to the beautiful spiritual center.

* Lamayuru Monastery: This ancient structure was built into the ‘moonscape’ and the aura of the whole place continues inside with beautiful frescoes and frightening masks.

Also known as Benaras, Varanasi is the oldest living city in the world and has been the ultimate Hindu pilgrimage spot for thousands of years. These few lines by Mark Twain say it all “Benaras is older than history, older than tradition, older even than legend and looks twice as old as all of them put together.” 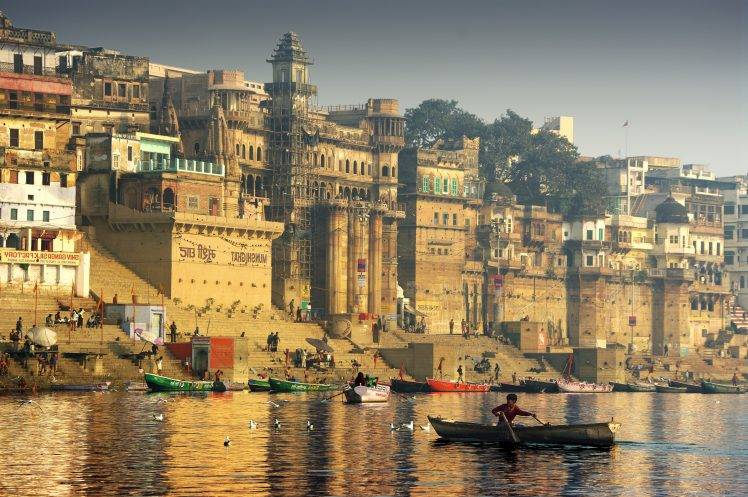 * Assi Ghat (Riverbank): Explore the fascinating river side. Behind the Ghats hide narrow and puzzled alleys excellent for cultural photography. Real Varanasi lives inside these alleys and truly looks different than any other place on our planet! Beautiful people, temples and shrines, monasteries, cultural and religious diversity, the major old markets, real Varanasi-food, & plenty of cows and bulls are all found inside these alleys! Need we say more?

* Manikarnika: “One of the holiest among the sacred river fronts alongside the river Ganga. It is believed that a dead human’s soul finds salvation (moksha), when cremated here. Thus, scores of the elderly across the whole country seek to walk up to its edges, and spend their last days absorbing the charisma of the ghat – which makes even death painless and insignificant to be pondered upon.”  This unique cremation ground will help us understand why people want to spend their last days in Varanasi. A fascinating experience. 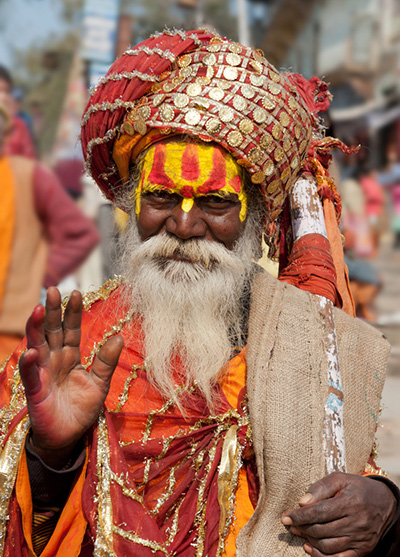 * Sarai Mohana Village: Translated means “weavers” village, the mastery here is silk weaving. The Banarasi sarees made by local weavers are among the finest saris in India and are known for their gold and silver brocade, fine silk, and opulent embroidery.

* On the Ganges: A delight for our photo lovers, this hour long morning boat ride will be an outstanding way to see the pilgrims standing in deep-waist water to worship the rising Sun. The early morning light is particularly inspiring and all the color and clamor of pilgrims bathing and performing puja unfolds before us.

Located on the banks of the River Yamuna, the city of Agra is synonymous with the Taj Mahal – one of the Seven Wonders of the World, renowned for its beauty and historical 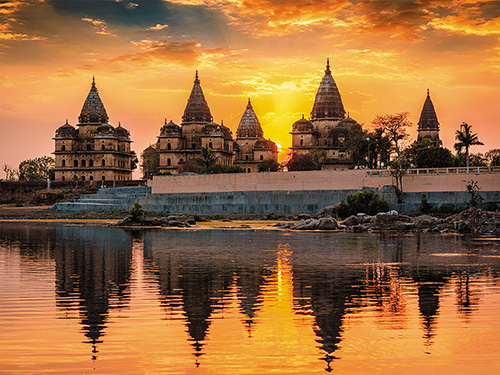 significance. Khajuraho lies in the forested plains of the region of Bundelkhand and famous for its temple architecture and exquisite sculptures.

* Medieval City of Orchha: As if frozen in time, the palaces and temples here still retain their original grandeur.  Apart from the famous landmarks such as Jehangir Mahal & Laxminarayan Temple, the area is peppered with fascinating little shrines and memorials.

* Taj Mahal: View & photograph this master piece of marble, and the greatest monument depicting love of all time during the golden hour of sunrise! Completed in 1652, skilled craftsmen from Persia, Turkey, France and Italy and some 20,000 laborers worked for 17 years to build the most famous edifice in the world.

This region of India is by far most famous for Ranthambore National Park, one of the few places left in the world where tigers roam free! Aside from being one of the biggest and most renowned national parks in the country, the region originally gained notoriety as the former hunting grounds for the Maharajas (kings) of Jaipur. Spread over an area of 245 sq miles, this is the the best location in India to see the majestic Bengal tigers in their natural habitat. These mystical creatures are not the only beasts to spot in the park however; Sloth Bears, Hyena, Indian Leopards, and a number of other endangered species call Ranthambore home.

* In Search of Tigers: Our time here will be spent on safari, exploring the park to witness & photograph the beautiful Bengal Tigers in their home, along with other unique creatures only found in India. 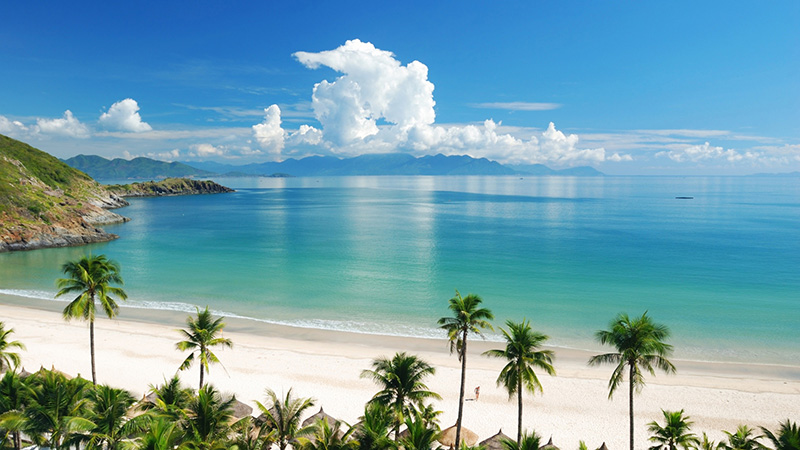 Relaxation at the Beach! (2 Nights)

“Pint-sized Goa is a kaleidoscopic blend of Indian and Portuguese cultures, sweetened with sun, sea, sand, seafood and spirituality, there’s nowhere in India quite like it. Her biggest draw is undoubtedly its virtually uninterrupted string of golden-sand beaches. This shimmering strand stretches along the Arabian Sea from the tip to the toe of the state, and each of the various beaches have developed their own 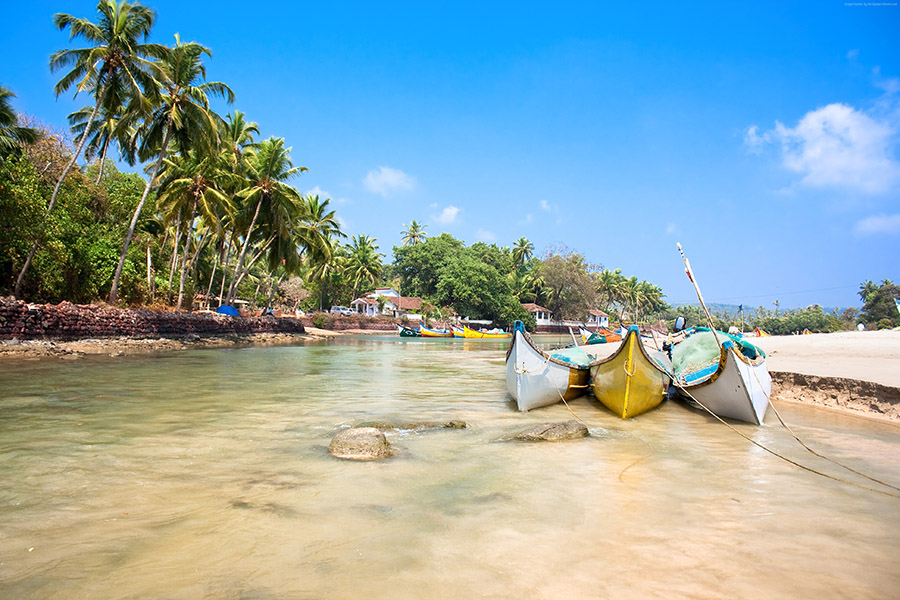 personalities and reputations since the hippie days of the sixties.  From expansive groomed sands in front of fancy five-star resorts or hidden crescent coves, where the only footprints will be the scuttling crabs’ and your own”, Goa will not disappoint – Lonely Planet

* 2 nights/3 Days of Sun & Sand: No better way to wrap up this journey of a lifetime than with some R&R along India’s most famous beach coastline. Our hotel will be steps from the sand with a fantastic pool and amenities to enjoy.

E-mail us at joinus@photoflytravel.com for price and more information

* Tour Leader and photographer to help those who want to learn more about using their camera’s, taking better pictures, etc throughout these India Group Tours.  (PhotoFly Travel Club adventures are laid back when it comes to photography. They are not workshop style based tours and you do not need to be an avid photographer to join. All are welcome!)

* International Airfare is not included. We are happy to help you find a good flight as always!

* Specific arrival/departure times needed from Delhi (DEL) will be sent directly to the group.

* Roommate Pairing to save money as always!