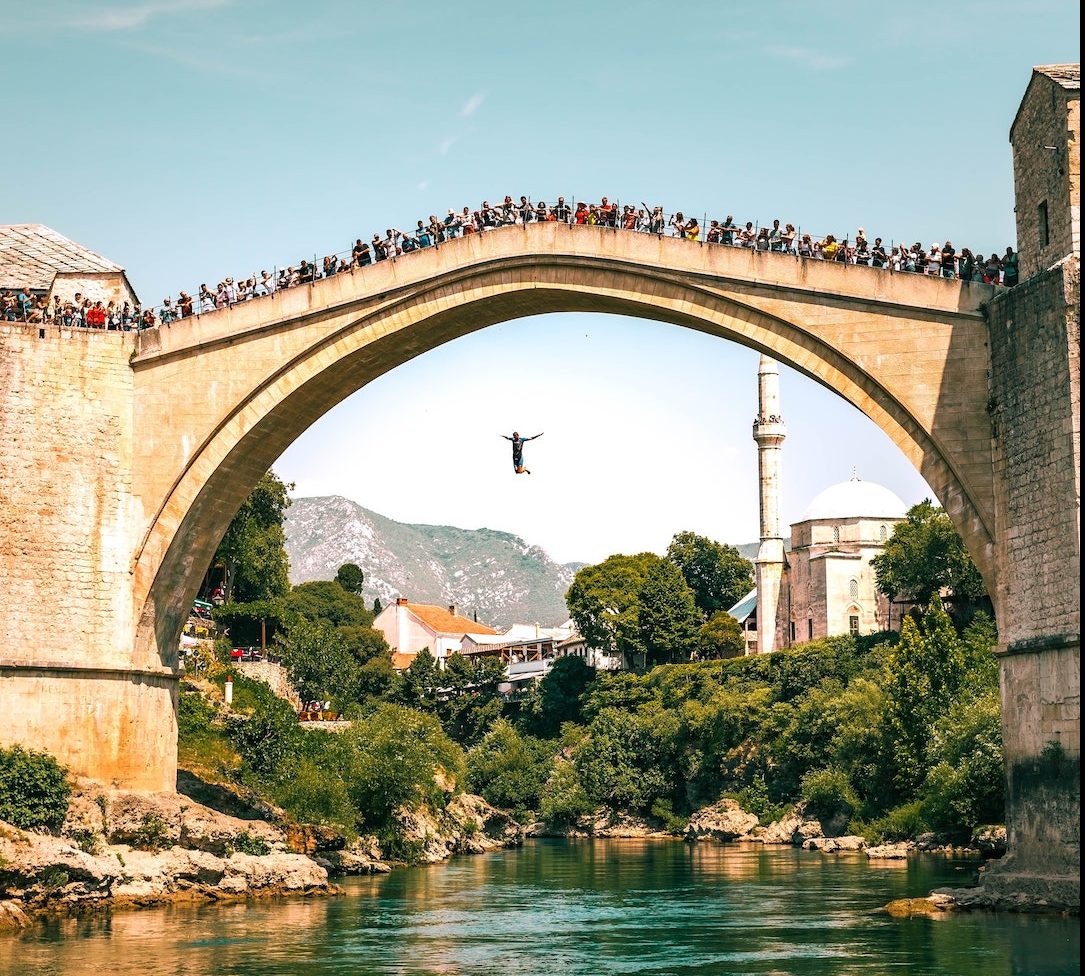 Bosnia and Herzegovina often gets overshadowed by its Balkan neighbors. What many do not realize is the amount of beauty they are missing. Think of lush rolling hills, mesmerizing waterfalls, gorgeous ruins, and jade-colored lakes.

Therefore, Bosnia and Herzegovina group tours are the perfect answer to those looking to experience the Balkans without the crowd.

We have listed down some of our favorite Bosnia and Herzegovina travel destinations.

Bosnia and Herzegovina Features and Highlights 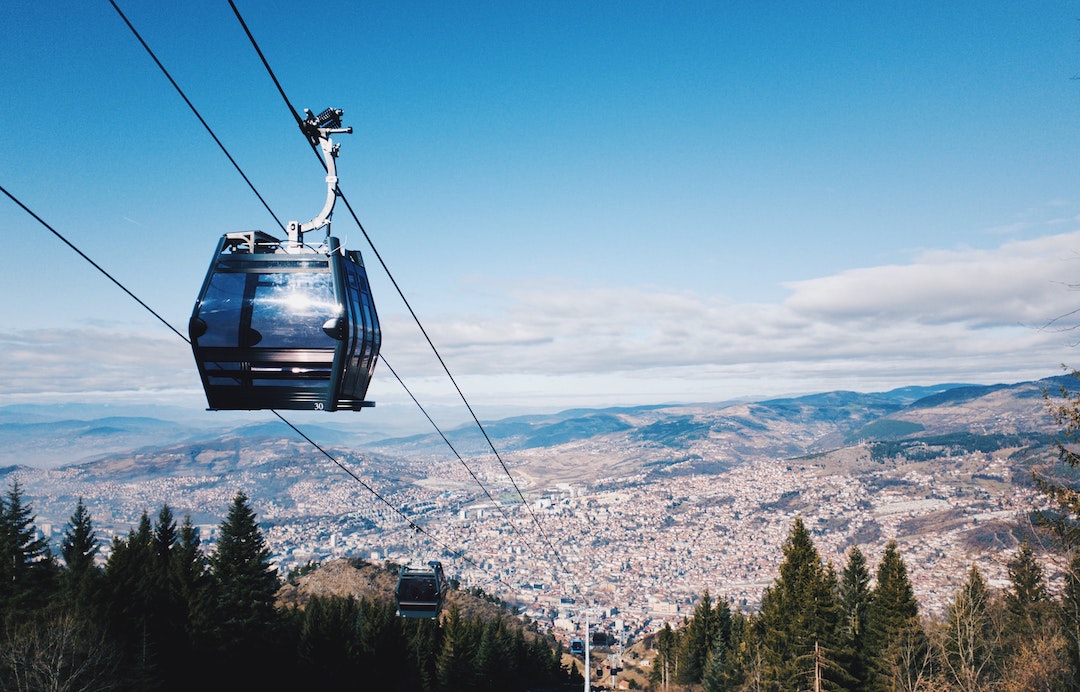 Bosnia and Herzegovina is filled with the most beautiful natural attractions, so it is only right that we begin the list with Una National Park. This park was established to protect the Krka, Unac, and Upper Una rivers and the flora and fauna in the area. It is considered to be one of the most biodiverse destinations in the Balkans. By far the main attraction in the park is Štrbački buk. It is a crystal blue terraced waterfall that is 25 meters tall. The clear waters flow downward elegantly into the pools below. Viewing platforms are available so visitors can watch the water and take photos.

What was once an outstanding feature of the 1984 Winter Olympic games, the Sarajevo bobsleigh track is now a war-torn relic. During its glory days, this 1,300-meter concrete track was the venue for major bobsleigh competitions even after the Olympic games. However, it became a military site during the Yugoslav wars in 1991 causing damages to the track. Today, this area is a favorite canvas for local graffiti artists. The curving lanes are decorated in art, making it an ideal stop in your Bosnia and Herzegovina photography adventures. It is worth remembering though that it is best to visit the site with a local or guide who knows the area very well. There are still a few unexploded mines in the hillside. Avoid going off the prescribed path for safety. 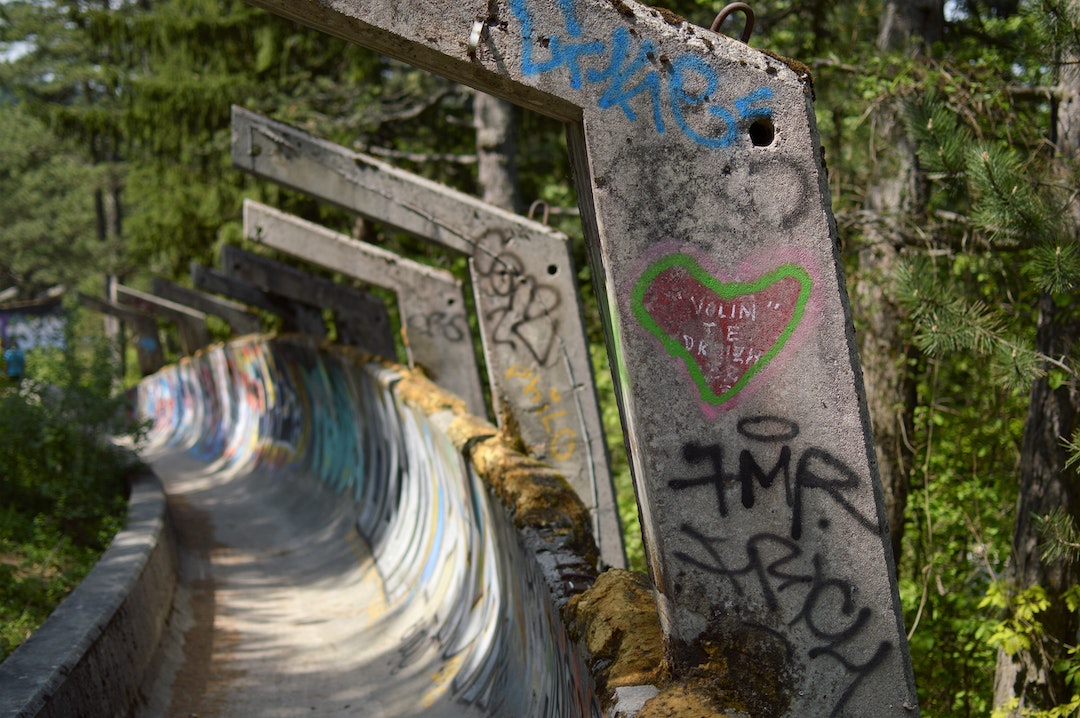 Another popular war relic is the Mostar Bridge. Before the war, this bridge was one of the most iconic landmarks in Bosnia. This bridge was a glorious exhibit of Ottoman Turkish architecture and took nine years to complete from when it was commissioned by Suleiman the Magnificent in 1957. After the Bosnian War, it was rebuilt in 2001 to 2004 with the help of the World Bank and UNESCO. The stone from the original bridge was salvaged from the bottom of the river. Now, locals often jump from the highest point of the bridge as a test of courage. Bridge-jumping competitions are held every summer. This was also the location for the 2015 Cliff Diving World Series.

Bosnia and Herzegovina has undeniable beauty and an interesting history—both of which can be experienced in the country’s diverse attractions. It is a recommended getaway for those who wish to experience the Balkans’ natural and historical offerings without the flock of touristy crowds. So give yourself this gift and join Bosnia and Herzegovina group tours.